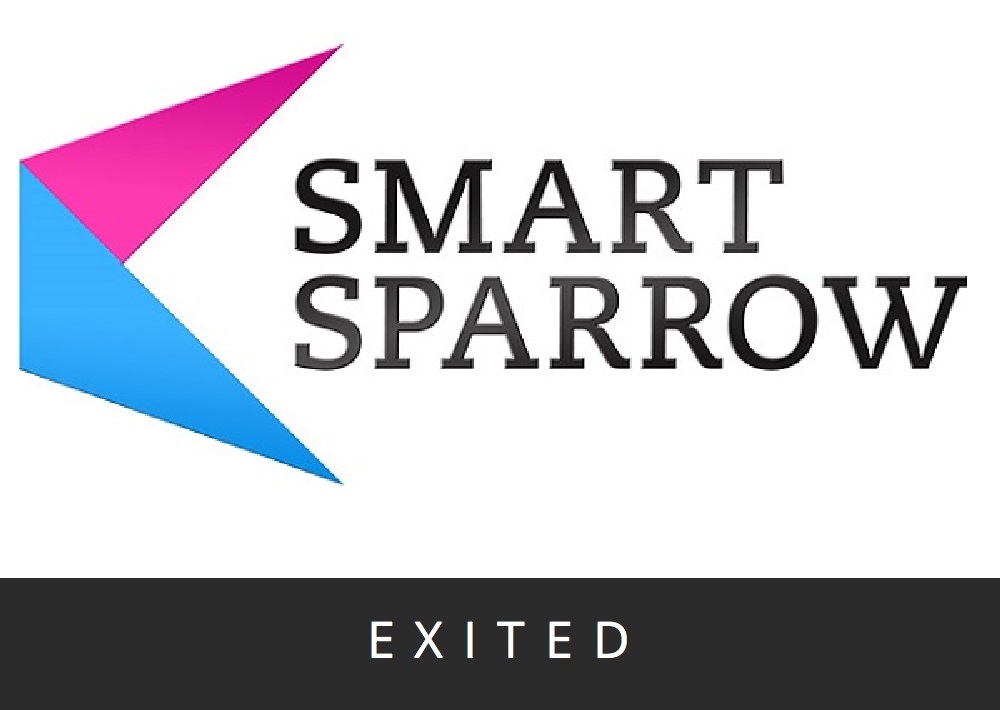 Smart Sparrow’s Adaptive eLearning Platform is delivered online (software as a service – SaaS) and enables teachers and academics to build rich, interactive and adaptive educational modules. Students benefit from a “tutor over the shoulder” learning experience, in which the content intelligently adapts to their specific needs. Pearson, the world’s learning company, acquired the industry-leading interactive technology in 2019 in a deal that valued Smart Sparrow’s assets at US$25 million.